Military and Overseas Voters (covered voters) may request an absentee ballot by:

2. Online Application can be submitted one of the 3 following ways: 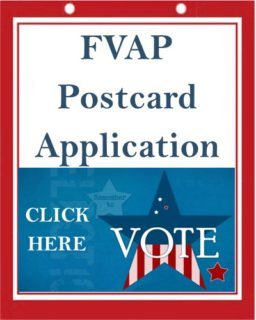 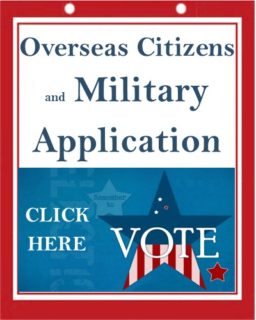 Per RSMo § 115.926 (2): A covered voter who provides an electronic mail address may request that the voter’s application for a military-overseas ballot be considered a standing request for electronic delivery of a ballot for all elections held through December thirty-first of the year following the calendar year of the date of the application or another short period the voter specifies.

1. A uniformed services voter who is registered to vote in this state;

a) Active and reserve components of the Army, Navy, Air Force, Marine Corps, or Coast Guard of the United States

c) A member on activated status of the National Guard

d) A spouse or dependent of a member mentioned above

2. A uniformed services voter whose voting residence is in this state and who otherwise satisfies this state’s voter eligibility requirements;

b) A person who resides outside the United States and, but for such residence, would be qualified to vote in the last place in which the person was domiciled before leaving the United States

5. Active members of religious or welfare organizations assisting servicemen, and their spouses and dependents;

6. Persons who have been honorably discharged from the Armed Forces or who have terminated their service of employment in any group mentioned above within sixty days of an election, and their spouses and dependents.

2. Eligible “covered voters” can submit an application/registration for an absentee ballot up until 5:00 p.m. on the Friday prior to the election. (Section 115.912, RSMo).

3. Last day to register, and receive a full ballot is the fourth Wednesday prior to an election.

4. Individuals who have returned from military deployment or terminated employment outside the U.S. after the normal registration deadline, may register, in person with proper documentation, up to the Friday before an election to receive a full ballot.

5. Any covered voter not previously registered by 5:00 p.m. on Friday prior to the election can only vote by submitting an FPCA in-person at our office on Election Day. Office hours are 6:00 a.m. – 7:00 p.m. These voters will be entitled to vote only on: federal offices, statewide offices, state legislative offices, and statewide ballot initiatives.

1. When requesting an absentee ballot for a primary election, voters must specify a political party preference, or they will be issued a non-partisan/issues only ballot.

2. Military-Overseas voters are NOT required to have their signatures notarized.

3. If you are serving in a hostile zone as designated by the Missouri Secretary of State, you may return your voted ballot and accompanying absentee affidavit using one of these methods: mail, fax, email or through the military and overseas voting access portal (Live Ballot) https://movotesportal.sos.mo.gov/.

If you have any additional questions, please contact us at: